The din of Trafalgar Square’s rush hour seemed to fade for a few minutes on Monday 18 November as the bells of St Martins in the Fields rang in honour of the anniversary of Terry Waite’s release from captivity.

People stopped to look, some protestors outside the church fell quiet, and a small group of Hostage International supporters stood to honour Terry and listen.

The bells pealed shortly after Terry recited a poem of peace in the church and held hands with Marwan Francis from the Lebanese Embassy in a sign of forgiveness and solidarity.

Speaking to a small gathering, many of whom support Hostage International, Terry reflected on his day of release 28 years earlier when he had heard church bells ringing. He had said to his wife, “There must be some sort of occasion,” to which she had responded, “They’re ringing them for you.”

Humbly, Terry chuckled: “I had no idea; I had no idea of the number of people who had been thinking, not only of myself but the other hostages, and remembering us at that particular time.

“It was a very moving occasion I am very grateful to those who did remember us.”

Taking the hand of Marwan Francis, Deputy Chief of Mission at the Lebanese Embassy, Terry said: “To me it is a great honour that you are here representing the ambassador of your country and that we are able to stand together and hold hands and pledge ourselves to work for a better understanding in the world and a more peaceful world.”

The gathering then moved across to The Arboretum, one of London’s newest members clubs, where Terry was in conversation with Dr Lewis Owens, a tireless supporter of Hostage International.

Terry talked about his childhood filled with early recollections of the war years and considerable austerity in the country. He spoke of his father, a policeman who as a child had run away from home and became homeless. Talking of his father’s situation as a child, he said: “That was one factor that pushed me to support those who are on the margins of life.”

He spoke of many atrocities he had seen in countries throughout his work, but his anecdotes were infused with general advice for the audience around difficult situations highlighting the importance of talking and reasoning with people. He said: “You must try to go into these situations to understand why people behave the way they behave and get it from the person themselves.”

Talking of his being taken hostage, Terry was open, but said; “To tell the whole story would take too long.”

Terry spent 1,764 days in captivity, of which more than the first four years he spent in solitary confinement.

“The immediate reaction of many people would be to say, ‘I couldn’t do that’. I would have said the same thing; I wouldn’t have believed I could have survived it.” He explained that in such extreme situations, “…If you look for it, there are resources there that you didn’t know you had and you can draw on them.”

Terry had heard of others in solitary confinement losing their reason or ability to keep active, and while he couldn’t keep physically active, he drew on his resources which included writing his first book in his head.

In captivity he had thought: “This is a tough, bleak, situation but I still have life and I am still here and there was a way I could take something creative from the situation. Sometimes I would get depressed, but I would ‘live for now’ and keep my brain active.”

On his release he said he was able to ease back to life slowly, through spending the week as a fellow of Trinity Hall Cambridge and going home at weekends, the mix of which helped him adjust.

Terry started being asked for advice from other hostages, which was what he said led to him setting up Hostage UK,  now called Hostage International, with Carlo Laurenzi who had the charity experience.

Terry explained: “This charity developed into giving support to hostage families and returning hostages, and was one of the most creative things that emerged from my time in captivity.”

Giving advice to anyone who may find themselves taken hostage or in traumatic situations, he said: “If you can maintain hope, you are half way home.”

He talked about how Hostage International supports families and hostages and his return: “It was difficult to connect with people when I came back. I had only had conversations in my head for years and when I came out I had to learn to talk to others.”

Offering advice, he urged anyone who has been through trauma not to rush things, saying, “When you rush things, when people try to get back too quickly, they fall flat on their face.”

“That is the support that we need to give people, and what led me to set up Hostage International; to make sure that when families needed help and support they would get it free of charge and without condition.”

To find out more about the support Hostage International provides see here. 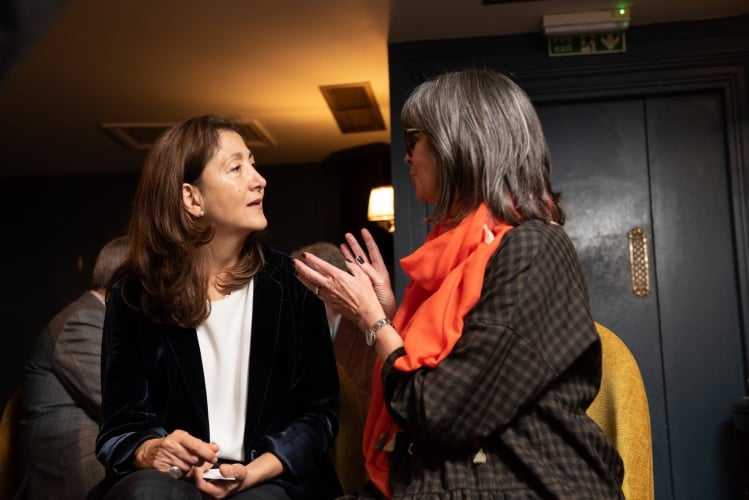