Chris Conrad has raised nearly £500 to support the work of Hostage International after taking on the infamous Yellow Brick Road assault course in the USA.

Chris, a chief inspector with the Metropolitan Police, finished the intense 6.1 mile course in 58 minutes. The assault course, at the FBI National Academy in Quantico, Virginia, isn’t for the faint hearted, but Chris was determined to tackle the course to raise money.

Speaking after his ordeal, Chris said: “I ran the course with five FBI agents. We were first met with a six-foot wall, which we had to climb over. Once over the other side, we ran down through woods to a riverbed, which we had to cross through a swamp. After navigating the swampy terrain, we came to a cliff face which we scaled with ropes. Running along the hill top, we reached a water obstacle that was very deep, very cold and very smelly.

“On we went with the run, which was 6.1 miles in total, freezing cold and in soaking wet clothes which were sticking to us. Down another rope bridge we went, under barbed wire and them through windows before having to scale a cargo net.

“By this point, the end was in sight. We crawled under one last barbed wire net before finally reaching the end of our gruelling mission. We ran as a team and all crossed the finish line together, 58 minutes after we started. There were lots of markers on the way placed to motivate us which came in very handy.”

Chris said: “Thank you to everyone who donated to the cause. Although walking was a struggle afterwards, I had a great time!”

If you have been inspired by Chris and would like to take on a challenge to raise funds for Hostage International, please let us know or visit our fundraising page here. 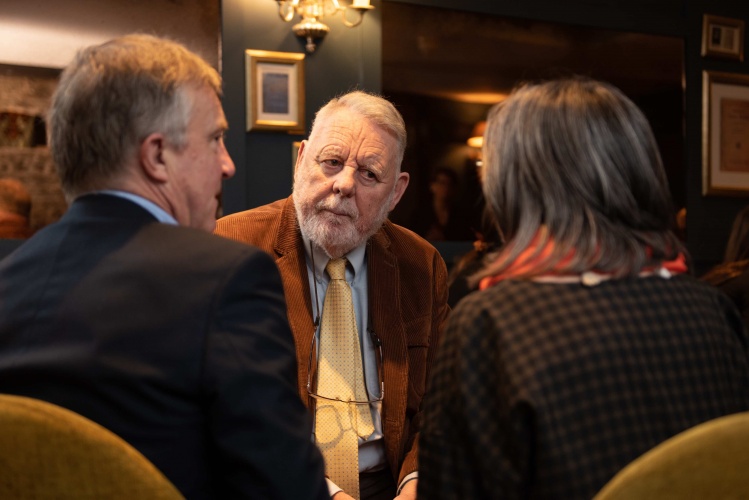